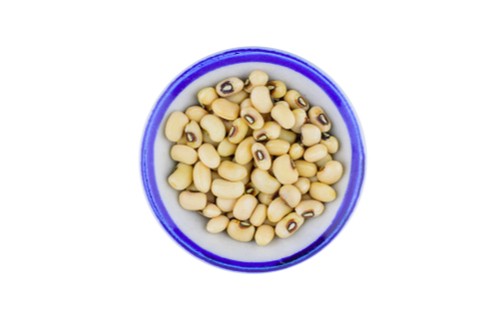 Navy beans (Phaseolus vulgaris), also known as haricot beans, are a highly nutritious food often associated with balanced and healthy eating. The beans are a popular staple in vegan diets and for those looking to increase their intake of plant-based foods. These beans are high in fiber, protein, and carbohydrates. Navy beans contain essential minerals, including potassium, calcium, magnesium, iron, and folate. In essence, a single serving of navy beans meets 18% of the daily recommended intake for potassium.

The carbohydrates found in navy beans offer a good source of slow-release energy that sustains optimal body function and performance throughout the day. Also, studies show navy beans contain high amounts of phytochemicals and essential nutrients that provide many health benefits. The United States navy has served navy beans to its sailors since the 1800s.

It seems like eating beans, especially navy beans, can benefit some types of cancer. The phytochemicals might help reduce risks of colorectal polyps and pancreatic cancer. A few studies show they provide potential protection against prostate and stomach cancer.[i]

Navy beans are high in fiber and low in calories, making them an excellent food for those looking to lose weight. The fiber content offers a satiety feeling, so you feel satisfied and full throughout the day. Also, navy beans contain resistant starch that provides a satiety feeling. It makes you feel full, and you only eat fewer calories.[ii]

Navy beans are a great source of complex carbohydrates and protein essential for muscle development and repair. The primary function of proteins is building and repairing body cells, including the muscle cells damaged during exercises. The complex carbs found in navy beans help with muscle growth. Complex carbohydrates are high in minerals, vitamins, and fiber that helps with lean muscle mass.[iii]

Navy beans are high in folate, an essential B complex vitamin that helps degenerative brain disorders. Many studies show that folate positively impacts the levels of homocysteine in the bloodstream for improved cognitive performance, memory and help reduce risks of Alzheimer’s disease.[iv]

Navy beans contain high amounts of fiber that has been found to significantly improve heart health. Most health benefits are attributed to a soluble fiber that reduces LDL cholesterol and ultimately increases HDL cholesterol.

Having healthy HDL cholesterol has been shown to lower risks of cardiovascular disease as well as heart disease. Also, magnesium and folate in navy beans are known to promote heart health. Folate works by reducing levels of homocysteine. Magnesium is an essential mineral that helps maintain normal blood pressure and a healthy heartbeat.[v]

The United States Department of Agriculture provides the following nutrition information for one cup serving of navy beans (cooked with no salt).[vi]

One cup serving contains 47.4g of complex carbs, trace sugar amounts and 19.2g of fiber. Complex carbohydrates are healthier than simple carbs since they contain fiber and other valuable nutrients.

Due to the high amounts of fiber, navy beans are slowly digested for sustained energy. Also, navy beans have a low GI (glycemic index) ranking ranging from 30 to 39.

Navy beans contain trace amounts of poly-and mono-unsaturated fats with fewer than 1g per one-cup serving. All unsaturated fats from fatty fish and plant sources are usually considered to be healthy fats.

According to the American Heart Association, about 25% – 35% of your daily calorie intake should be sourced from unsaturated fats. Preparing navy beans with no butter or added oil makes them fat-free.

Navy beans contain lysine, an essential amino acid that isn’t found in other plant-based diets. Lysine is essential for human development and growth, tissue repair and offers many other health benefits.

Navy beans have alternate and trifoliolate leaves. Its petiole is 4-9cm long, and leaflets are 4-16cm long.

Navy beans possess papilionaceous and bisexual flowers with a cup-shaped calyx. The corolla are glabrous, purple, pale pink, white to yellow, and between 9mm and 12mm long.

Also called haricot beans, navy beans are popular beans that are native to Peru. Navy beans originated in Peru a few thousand years ago. Wondering why the name “navy,” is because of the low storage life, low cost, and incredible nutritional value. In the 19th century, the United States Army started issuing navy beans as the standard ration for service members on their warships.

Indigenous to Peru, the navy beans were then introduced to the South and Central American through the Indian trade routes. In the 15th century, the beans were introduced in Europe by Spanish explorers who returned from their voyage in the new world. The Spanish and Portuguese explorers introduced navy beans to Africa and Asia.

As an affordable source of plant protein, navy beans have increasingly become popular in many cultures worldwide. It became a staple food in the US in the early 20th century. Today, Brazil, United States, China, Indonesia, and India are known as the biggest commercial growers of navy beans. The most common method of preparing navy beans is baking them. Canada, the UK, and the United States have an extensive history of baking beans.

Navy beans are used in many popular dishes, such as baked beans cooked with ham hocks. Preparing navy beans at home is a healthy option to avoid added salt/sodium found in canned or baked beans.

There are different ways to prepare navy beans at home. The first thing you should do is inspecting the bag of beans to remove any stones, bad beans, or other debris. Also, thoroughly rinse the beans before moving onto the quick-cook or traditional method.

Canned and dried beans remain fresh longer if you store them in a cool, dark place. With standard seed storage, the seeds will last from 1 – 4 years for replanting. You should avoid seeds that are discolored because they might have been poorly stored while drying.

When are navy beans best?

Navy beans season is traditionally between spring and fall. However, dried and canned beans are available throughout the year. Just walk into your local grocery store at any time of the year, and you’ll find canned navy beans.

How to buy navy beans?

When buying navy beans, avoid those that seem discolored. You’ll find navy beans in the canned food section. The best beans are white and have a mild nut flavor.

Are navy beans the same as great northern beans?

Smaller than the cannellini beans but bigger than navy beans, the great northern beans are known for their firm flesh, mild and nutty flavor. Great in stews and soups, navy beans hold their shape better. Navy beans are often used in French cassoulets.

Why the name ‘navy beans’?

The name ‘navy beans’ comes from the fact that the United States navy has served navy beans to their sailors since the 1800s.

Yes, also known as haricot beans, navy beans are a good source of minerals, B vitamins, and fiber.

Do navy beans cause gas?

Not all types of beans cause gas. For instance, black-eyed peas, split peas, and lentils are low in gas, but navy beans and chickpeas are high in gas.