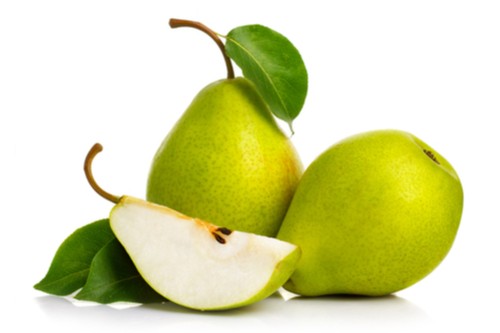 A pear is a sweet, mild fruit with a dense fibrous center. The fruits are rich in dietary fiber, plant compounds, and essential antioxidants. Pears are native to West Asia and Europe and have over the years been used in anti-hyperglycemic and anti-inflammatory diuretic folk remedies in Asia. Research shows that pears have many health benefits, like protection from cancer and stroke.

As part of a balanced diet, eating pears can aid in weight loss and reduce risks of heart disease, diabetes, and cancer. This article discusses the nutritional facts of pears and a comprehensive look at the fruit’s possible health benefits.

Pears are delectable, low-calorie fruits, and they are filled with many valuable nutrients. Like many vegetables and fruits, pears offer numerous health benefits because of the fruits’ antioxidants and fiber. Following are some of the health benefits:

Pears were traditionally used in folk medicine for treating hangovers. A small study found that the Asian pear juice helps reduce hangover symptoms, like sensitivity to sound and light and trouble concentrating.[i]

Apart from making you feel full for extended periods, which can help in weight management, eating foods with high amounts of fiber such as pears can significantly boost digestive health and minimize the odds of developing diabetes, hypertension, stroke, heart disease, and other gastrointestinal diseases.[ii]

A study shows a direct relationship between consumption of vegetables and fruits and reduced risks of stroke. Researchers studied a group of about 75,000 swedes for a decade. They found that people who ate more pears and apples and those that ate more leafy vegetables were not likely to suffer from stroke. A 2014 study analyzed 20 studies and concluded that eating vegetables and fruits was effective in preventing stroke, particularly green leafy vegetables, pears, apples, and other citrus fruits.[iii]

Some studies show that the combination of phytonutrients in pears and apples might help boost insulin sensitivity and minimize the risks of type II diabetes.[iv]

One medium-sized pear contains 8 mg of vitamin C. Vitamin C is essential for cell repair and growth and prevents oxidative damage. Research has shown that vitamin C helps boost immunity, helps heal bruises and cuts, and protects against many diseases. Furthermore, the pear skin contains triterpenes, phenolics, and flavonoids that have anti-inflammatory and antioxidant properties.[v]

Vitamin C found in pears helps fight free radicals that might put body cells under lots of oxidative stress and ultimately result in chronic disease. So, eating pears and other diets high in antioxidants might reduce the risks of heart disease, diabetes, cancer, and other neurodegenerative diseases such as dementia.

Regular and sufficient bowel movements are essential for the daily excretion of some toxins in the stool and bile. Pears contain high water content. This plays a significant role in keeping the stool soft and removes toxins from the digestive system.

The USDA provides the nutrition information below for one pear serving (178 grams).[vi]

A pear is a good source of insoluble fiber; it contains about 6g, about 22% of the recommended daily intake in just one medium-sized fruit. Fiber is a part of a carbohydrate that can’t be digested. Fibers aid digestion and might reduce LDL cholesterol.[vii] Pears contain fructose and other naturally occurring sugars. Their glycemic load and glycemic index is 4 and 38, respectively.

Pears have small amounts of both unsaturated and saturated fats.

Pears have small amounts of protein and aren’t a good source of essential amino acids, but they contain trace amounts of amino acids like glutamic, lysine, and leucine acid.

Pears are rich in vitamin C, containing about 13% of the daily-recommended intake. Pears contain approximately 6% of the daily value of copper and the same value for potassium. The fruit’s skin is where the largest portion of fiber resides. Also, the skin contains a higher concentration of nutrients. Therefore, we strongly recommend that you eat the fruit as a whole, including the skin.[viii] Moreover, copper is an essential mineral for the formation of connective tissues in the nervous system, healthy brain, and the body. Potassium supports the nervous system and muscle function.[ix]

Pears are in the EWGDD (Environmental Working Group Dirty Dozen) list, which makes them some of the fruits that contain high amounts of pesticide residue. Whenever possible, buy organic pears, and wash under running water.

Also, pears are high in FODMAPs. FODMAPs have been found to cause different digestive symptoms in Crohn’s disease and irritable bowel syndrome (IBS). As a result, pears aren’t recommendable if you’re on a low-FODMAP diet.[x]

Although allergies to pears are rare, individuals who are allergic to birch-pollen can develop oral allergies because of the many similarities with regard to protein content. Birch fruit syndrome symptoms are localized in the throat and mouth and usually appear within 5 to 15 minutes after eating a raw pear. People with such conditions should cook the pears. Cooking makes the fruits safer for them.

Many pears cultivated in the United States are grown in Oregon and Washington. There are numerous varieties, including seckel pears, French butter, Forelle, Concorde, Comice, Bosc, Bartlett, and Anjou. However, they differ in texture, skin color, shape and size, but have the same nutritional value.

Asia pears are crispier and rounder than other pears; they are much like apples in texture and appearance but taste much like pears. The Asian pears have more vitamin C and fiber than different types of pears but fewer calories. Canned pears might be packaged in water, juice, or syrup. To reduce the consumption of carbohydrates and added sugars, pick canned pears.

However, some pears aren’t really pears. For example, Prickly peas are cacti. You can eat both the cactus paddle and the fruit. You might also come across some avocados called “alligator pears” or “avocado pears,” possibly because they are bumpy and have the shape of an avocado.

Although it’s still not clear where the European pear originated, most experts and historians believe that Asia pears (both Pyrus ussuriensis and Pyrus pyrifolia) and European pears (Pyrus communis) evolved separately around 1000BC. However, some pear varieties are native to Africa.

Back in 1500, European colonists introduced pears to North America, where they were not grown before the 1500s. Although pears were grown during these years, colonialists continued importing many of the pears grown from Europe, France, to be specific. Although the United States continues to import more than 75,000 tons of pears annually, the biggest majority comes from New Zealand, South Korea, China, Chile, and Argentina.

From a global perspective, China is the biggest commercial producer of pears. From the 21 million metric tons produced across the globe, China producers approximately 15.5 million tons or about ¾ of the planet’s total. With regards to the remaining 5.5 million tons, 0.8 comes from the United States, 1.1 from Chile and Argentina, and 2.7 from Europe. South Korea and New Zealand produce pears in smaller amounts.

In the United States, the state of Washington is the largest commercial producer of pears. The District of Columbia accounts for approximately half of the pears produced in the United States. Oregon and California follow closely, with substantial commercial growth taking place in Pennsylvania and New York.

How To Prepare Pears

The pear is a very versatile fruit. Pears can be baked, poached, or eaten raw. Also, you can enjoy the pears chopped up in salads, blended in a smoothie, pureed to make soup, or roasted with vegetables or squash. Also, you can pair them up with a protein serving like nuts, low-fat cheese, or Greek yogurt.

We don’t recommend storing pears in a freezer because the fibers and juice separate in the thawing process. The results leave a lot to be desired. Nevertheless, freezing processed or cooked pear will work. You should place the pureed pears in a sealed container before freezing to help minimize freezer burn.

When are pears best?

Pears are harvested during winter or fall. However, the fruits are available in supermarkets all year round. When picking fresh pears, look for those that are firm and feel heavy.

How to buy pears?

If you're looking for ripe pears to eat immediately, you should gently press the part where the stem meets the fruit. If it's slightly soft, then the pear is ripe. You shouldn't buy a pear that is soft anywhere else because this shows the fruit is overripe and the flesh will be mealy and mushy.

What are the health benefits of eating pears?

Eating pears comes with many benefits, including weight loss, promotes heart health, reduces risks of diabetes, has many anticancer properties, and promotes gut health and anti-inflammatory properties. Overall, pears have many valuable nutrients.

What is healthier, an apple or pear?

Both apples have many health benefits. However, apples are widely known to have more health benefits than pears. Both pears and apples contain pectin, an essential fiber that improves gut bacteria.

What are the healthiest pears?

Comice pears are possibly the healthiest pears for consuming raw. They have a great flavor and aroma and also less grainy texture, and slightly finer. They are a cross between the Asian pear and Bosc pear.

How many pears should you eat in a day?

Every pear contains 6% of fiber, which is about 21% of the daily recommended intake. They also contain vitamin C. So, eating two pairs a day can meet your fruit needs as indicated by the Dietary Guidelines for Americans.

Do pears have any side effects?

If eaten before a heavy meal, pears have been associated with constipation. So, it's best to avoid them just before meals.