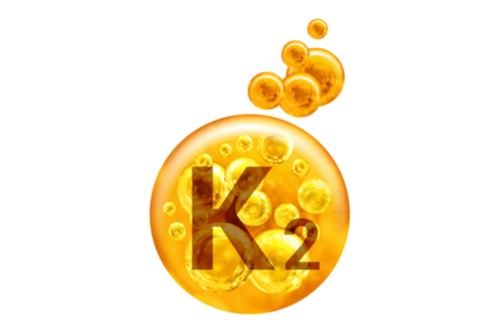 Some people take this vitamin as a supplement. Vitamin K2 is also called menaquinone. The two most common forms are MK-7 and MK-4. Studies show vitamin K2 might protect against various health problems, including osteoporosis and heart disease. Moreover, vitamin K2 is known to protect against certain types of cancer.

Preliminary studies show that vitamin K2 might help in the treatment of different types of cancer. For instance, in 2012, researchers found that the vitamin substantially improved survival among individuals with hepatocellular carcinoma.[iii] Nevertheless, a 2017 study showed that vitamin K2 intake wasn’t related to cancer mortality.[iv]

Some studies show that vitamin K2 might reduce the risks of osteoporosis and preserve bone strength as you age. In a 2006 report, researchers examined the effect of vitamin K1 and K2 on bone fractures and loss. Results show that supplementing vitamins k2 and k1 might reduce bone mass.

A few studies show that vitamin K2 intake might help reduce risks of cardiovascular disease. In a study focusing on Nutrition, Metabolism, and Heart Diseases, researchers examined the dietary intake of vitamin k2 and vitamin k1 from a sample of 16,057 women and found that women who took high amounts of vitamin K2 have lower risks of cardiovascular disease. According to the scientists, the association was primarily because of the vitamin K2 types, MK-9, MK-8, and MK-7.[vi]

The primary sign of vitamin K2 deficiency is excess bleeding. Remember, bleeding can also happen in other areas rather than a wound or cut site. The bleeding might also be apparent if a person:

Among infants, doctors might observe vitamin K2 deficiency if:

Infants are at higher risks of vitamin K2 deficiency for different reasons[ii] , like:

Although no tolerable upper limit has so far been set for vitamin K2. Toxicity is rare and unlikely from consuming foods with vitamin K2.

Consult a health physician before you start taking vitamin K supplements. This is because it might interact with anticoagulants. So, if you’re taking anticoagulants like warfarin, you should not increase vitamin K2 intake without consulting a doctor.

Along with the required effects, vitamin K2 might also cause some undesired side effects.[viii] Even though not all the side effects might occur, incase they do, you may need urgent medical attention. Check with a health physician incase any of these side effects occur when taking vitamin K2.

Rare – only with Injections

Some side effects of vitamin K2 might occur, which don’t require medical attention. The side effects might go away as your body adjusts to the supplements. Also, your doctor may be able to tell you about how you can prevent these side effects.

The daily recommended dietary allowance for vitamin K1 in adults is 120 micrograms and 90 micrograms for men and women, respectively. However, no scientific RDA for vitamin K2 exists just yet. With more researchers working around the clock to figure this out, a suggestion on menaquinone might be needed in the future. Although vitamin K2 is fat-soluble, what you eat is quickly used, metabolized, and removed from the body.

Ways To Get Your Vitamin K2

Vitamin K2 is mainly found in animal products like cheese and pork. Also, it’s available in fermented foods such as pickled vegetables, pickles, sauerkraut, and natto. You can also get your vitamin K2 from supplements. However, we strongly recommend you prioritize getting your vitamin K2 RDA from foods because in doing so, you get more benefits, rather than just taking vitamin K2 supplements, which is just that, vitamin K2.

Following are the best food sources you should consider adding to your diet to get enough vitamin K2.

As you can see, dark leafy green vegetables are some of the best food sources of vitamin K2. Other types of foods that are higher in vitamin K2 include vegetables like broccoli, asparagus, and fruits such as kiwi.

Because vitamin K2 is often associated with bone strength, heart health, and other benefits, it is highly recommended that you eat foods high in this essential nutrient. You should consider combining vitamin K2 foods with healthy fats to ensure maximum absorption. However, if you still can’t get enough vitamin K2, read on to learn more about vitamin K2 supplements.

Although the ODS report shows that vitamin K deficiency is pretty rare mainly because most people get enough vitamin K2 from their foods, any individual at risk might consider taking supplements. Most multivitamins contain vitamin K2. You can buy vitamin K as a standalone dietary supplement or along other nutrients like magnesium, calcium, or vitamin D.

Types of vitamin K available in supplements include:

The concentrations of vitamin K2 and vitamin K1 usually vary based on the supplements you’re taking. Remember to check the nutrition labels before buying supplements. Also, vitamin K might interact with some pharmaceutical medications; particularly thinners, therefore, it’s essential for individuals taking prescription drugs to talk to a physician before they start taking these dietary supplements.

What is the main benefit of vitamin K2?

Vitamin K2 contributes to bone metabolism and skin health. It also prevents cardiovascular diseases and promotes brain function. Moreover, vitamin K2 is essential in the body’s usage of calcium to help build the bones and prevent calcification of blood vessels. Not to mention vitamin K2 is also found in preserved foods and animal products.

What food is high in vitamin K2?

What veggies are high in vitamin K2?

Should you take vitamin K2 with vitamin D3?

We recommend taking vitamin K2 with vitamin D3 if you’re supplementing. Vitamin D3 is a fat-soluble vitamin that increases levels of calcium in the body. Also, vitamin K helps your body absorb calcium.

Is too much vitamin K2 harmful?

Vitamin K is essential for blood clotting. Also, it’s required for healthy bones and other body tissues. The effects of vitamin K2 toxicity might include anemia because of the split of red blood cells and jaundice.

How much vitamin K2 do I need to take every day for osteoporosis?

The required dose for osteoporosis treatment (45 mg per day) is 150 to 180 times more than the recommended dietary allowance for vitamin K2.